In 1887 North Wales was home to one of the most commodious, convenient and comfortable public halls enjoyed by any town of its size anywhere in the United States.

Located on the south side of School Street, directly opposite today’s Borough Hall, Amusement Hall’s auditorium was capable of seating about 1,000 persons. A finely constructed stage and a drop curtain were notable features, while the building was well illuminated, heated by steam, with provisions made for egress in case of fire – even in the event of a panic. The hall was owned by Rhine Russell Freed and Franklin Kriebel.

Well patronized both by citizens of North Wales Borough and the surrounding countryside, the variety of pleasing entertainments, instructive exhibitions and learned lectures witnessed and listened to by our people bespoke for them a generosity of spirit, as well as a high order of culture and appreciation of the efforts of our best traveling artists and public lecturers, and also an earnest disposition to be well informed on all public questions of the day. The acoustic qualities of the building were excellent, and it contributed much to the amusement and pleasure of our people.

In its later years, popular films were screened in the hall. However, with the onset of the Great Depression, proceeds no longer covered expenses. In 1937 most of the hall was torn down, with the front portion remodeled into a twin house which still stands at 309 and 311 School Street.

“Next Tuesday evening as the [1920 presidential] election returns are received over Western Union Service, they will be flashed on the screen at Amusement Hall, where a private wire will have been erected and a trained operator will be on hand to receive the news.

“To defray the expenses of having the wire run into the hall, a moving picture show has also been arranged for, the pictures to commence at eight o’clock, and a small admission fee will be charged.  A committee consisting of two Republicans and two Democrats will prepare the returns for screen as they are received to assure an impartial presentation of the trend of the election throughout the country.” 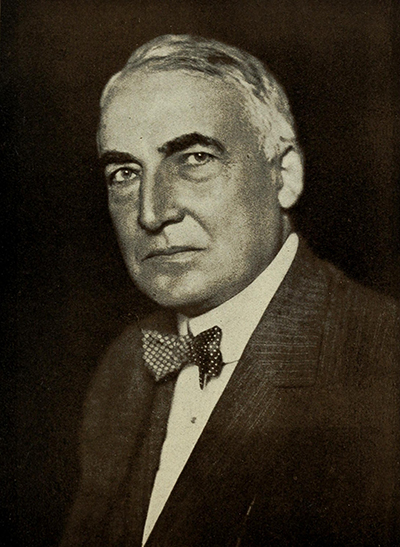 Republican Warren G. Harding would win the 1920 presidential election in a landslide.